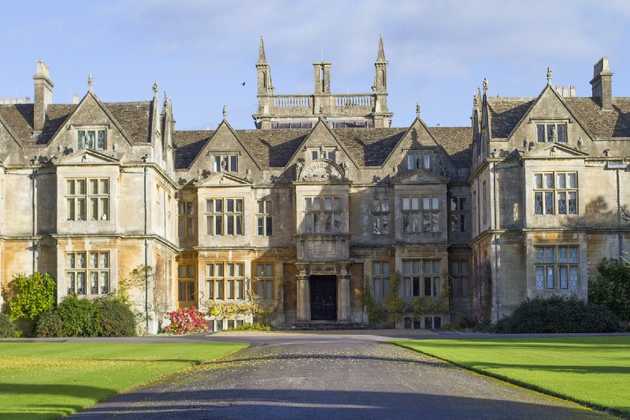 With each passing day, the world appears bleaker. Joblessness, global pandemic, economic and political stagnation — depression is at an all-time high, and mental health care is cut as hospitals and doctors remain overwhelmed. The daily notifications I receive regarding full ICU beds where I live and record infection numbers in my state blend like the days I spend indoors, waiting in limbo for the world to return to normalcy.

Under this backdrop, high school seniors, many of whom have not been in a classroom since March of last year, are currently applying to colleges. A selection of items missing from their applications: standardized tests, summer camps, sports games, music recitals, a year of high school grades. Some students have transitioned to full-time caregivers, others taking on part-and-full-time jobs to support their families. Under such strenuous conditions, they are examined beneath the cover glass and judged by faceless admissions officers to decide their future.

College admissions on a good day reflect opaque, byzantine systems. Students attend expensive summer camps and pay tens, even hundreds of thousands of dollars for purported “admissions advisors” in the hopes of admission. Parents hiring coaches to train their children to be the best in the state at an obscure sport, ghostwriters crafting carefully written paragraphs of purple prose, social media celebrities selling admissions packages like essential oils — even before Covid, there was a $2 billion industry designed to hook in teenagers and their upper-middle-class parents with flashy advertisements and fear-mongering. Covid has been a very lucrative time for them.

Quarantine canceled their junior-year summer plans for many applicants, which is traditionally the best time for internships, research, and national tournaments. Faced with formulating an enticing argument for admission officers, they can only work harder squeezing out essays on what they already have done up to that point. It’s a nigh-impossible challenge, which is why the lure of paying sizeable sums of money for a cure-all can seem so enticing. After all, they’re so expensive because they work, right?

Involution was originally a social concept to describe agricultural societies that reached a point of economic stagnation, where additional population growth did not increase productivity. A society only developing inward, ignoring innovation while favoring complexity as social structures fold upon themselves, perfecting minute details instead of focusing on the big picture.

Recently, there has been a resurgence of involution used in describing Asian societies as a comment on their cut-throat competition and growing economic anxiety. It refers to something that spirals in on itself, a process that traps participants who know they won’t benefit from it. Families push their children, fearing they will fall behind, “losing at the start line” in the frantic rush for universities that raise grade benchmarks every year, jobs that reject over-qualified candidates many times over. Though it is perhaps worse in conformist societies with rigid hierarchies, America isn’t doing much better either — only half of millennials make more than their parents did at the same age. For many students, competitive sports are a stand-in for the college entrance exam. Unlike countries in Asia with largely homogenous populations, we also face severe inequities in race and ethnicity:

“Only 48% of US high schools even offer calculus. One in three private schools have it and one in six public schools. Schools with white kids are twice as likely to offer it as schools with lots of black and Latino kids, and kids from families who earn in the top quintile are four times as likely to take it in high school as those from families in the bottom quintile… and yet, in 2017 at Harvard, 93% of the incoming freshman class had taken it.” — Quartz

While these social issues have been present long before the pandemic, Covid has shown them in sharp relief — kids from wealthy, white families see both direct and indirect advantages when applying compared to their peers. When some students juggle part-time jobs, virtual schoolwork, and caretaker duties for family members with their college applications, the effects of pre-existing social inequities are more magnified than ever. In involution, everyone must compete amongst each other for ever-smaller pieces of the pie. In an interview with The Paper, University of Oxford professor Xiang Biao describes it:

“The lower class still hopes to change their fate, but the middle and upper classes aren’t so much looking upward, and they are marked by a deep fear of falling downward. Their greater fear is perhaps losing what they already have.”

Some may argue that none of this is the fault of colleges; after all, there are only so many seats available. I will not attribute all responsibility to them; cutthroat sports teams, toxic online communities, parents living vicariously through their children, and dogmatic societal beliefs are all to blame in some part, along with fear — constant, crippling anxiety regarding expectations and failure. Whether or not it wants to, the college application process represents this generation’s first, clearest experience with involution.

Good intentions, perverted into a regressive competition featuring the lower classes fighting tooth-and-nail for limited opportunities. Bribery, ghostwriting, fraudulent awards, and false extracurriculars are no stone left unturned, no corner not cut. Instead of preparing students for success, colleges demand evidence of narrow, short-term success to be admitted at all. In times of economic and social stagnation, growing uncertainty only increases applicants’ competitiveness; without research, clubs, or outside events, applicants can only double down on what they have already done or fear being denied what they see as the only path to success in an ever-bleaker future. Students’ development remains inwards — fighting for every SAT and GPA point, focusing on the minute details while ignoring overarching themes and direction. It’s why so many students have no idea why they want to do their major at all, attributing their decision to pressure from society or friends and family.

It is here where I would normally pitch my solution — but this time, there isn’t any. Viewed through the lens of capitalism, there is no incentive for colleges, alumni, or society to change. Better the lower classes dig themselves into the ground, fighting each other for the “tickets to success” than realize the diversity of opportunities elsewhere. Universities will use the profits they make managing tax-free stock portfolios and developing the wealthy and powerful alumni networks to promote their own prestige and court donations, a self-compounding cycle. Under growing social inequity and competition, the college advising and preparatory industries will continue to thrive and expand, perhaps one day reaching the nigh-mandatory status of “night schools” in Asia.

I suppose I’ll leave you with this: the students engrossed in college prestige believe there is no exit, that there is only one road to success, and leaving means they are a failure and an utter embarrassment. Though we may not have the power to change the system, each person we help is a step towards breaking the cycle.