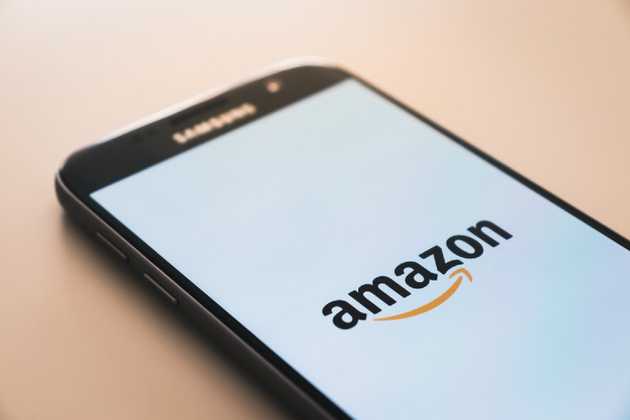 When Amazon began its meteoric rise to power, no one could have imagined the company expanding from an online bookstore to the premier source of Nick Cage sequin pillows, real human finger bones, and everything in between. As ascribed to its global shipping networks and logistics management, Amazon’s dominance has allowed it to make founder Jeff Bezos the Forbes billionaire record-breaker and propel its quarterly profits to $5.2 billion.

In the past few years, however, Amazon has been hammered by advocacy groups and angry consumers for allowing the sale of counterfeit products intermingled with the genuine. While for booksellers, novels and print texts are rarely counterfeit and fraudulent copies don’t often constitute a significant health hazard, the same cannot be said for Amazon’s other products.

“A Wall Street Journal investigation found 4,152 items for sale on Amazon.com Inc.’s site that have been declared unsafe by federal agencies, are deceptively labeled or are banned by federal regulators — items that big-box retailers’ policies would bar from their shelves. Among those items, at least 2,000 listings for toys and medications lacked warnings about health risks to children.

The Journal identified at least 157 items for sale that Amazon had said it banned, including sleeping mats the Food and Drug Administration warns can suffocate infants. The Journal commissioned tests of 10 children’s products it bought on Amazon, many promoted as “Amazon’s Choice.” Four failed tests based on federal safety standards, according to the testing company, including one with lead levels that exceeded federal limits.” — The Wall Street Journal

In Amazon’s interview with WSJ, Amazon claims they are using advanced software filters to identify and remove fraudulent sellers automatically; it is clear, however, that their system is not working. “Even Amazon’s Own Products Are Being Hijacked by Imposter Sellers.” If Amazon cannot even regulate and control their own listings, how can they satisfy name-brand sellers’ authenticity demands? Nike pulled out of selling on Amazon last November, and Birkenstock stopped selling their shoes over counterfeit complaints.

“Amazon is the Wild West. There’s hardly any rules, except everyone has to pay Amazon a percentage, and you have to swallow what they give you and you can’t complain.” — David Kahan to The New Yorker.

So why can less-than-reputable sellers get away with listing counterfeit items? Here are two ways they can get around the system:

When Amazon asks sellers to list their products, you would believe each seller has a stock of their items in a warehouse, which Amazon pulls from whenever a customer purchases their item.

For the seller who does not pay for that luxury, however, their products go into stickerless, commingled inventory. Each item with the same SKU (stock keeping unit) is considered the same, and the only number tracked is the amount of the product each seller ships in.

For example, if I sell Duracell C batteries on Amazon through their “Shipping Fulfilled by Amazon” — which I must do to receive Prime shipping designation — I need to send my batteries to an Amazon warehouse. After receiving my delivery, they will count the number of batteries, then slide the whole stock into a generic shelf labeled “Duracell C Batteries.” Any purchaser receives a Duracell C battery from that box, and thus the actual seller is unknown.

Commingled inventory fixes a key logistical issue — if someone in Italy buys my products, the nearest warehouse can send them Duracell C batteries instead of shipping them overseas, as they are supposedly the same product. This saves Amazon an incredible amount of storage space and shipping costs.

Of course, you can probably tell where the issue lies. If you purchase from Amazon, any seller could have sent that product in. It doesn’t matter the star review, the number of products sold, even the seller’s reputability — they can all be categorized under the same listing. An Amazon warehouse robot (or underpaid worker) will toss a random one from the shelf, and now your 5-star Duracell C batteries die in hours instead of weeks.

The problem is exacerbated through the “Buy Now” button, which automatically chooses the cheapest price+shipping cost. The sellers who choose to use non-commingled inventory (X00 sticker) lose out, as no one will buy from them when they believe an identical product is cheaper from a different seller. Worse, because fraudulent products cut corners to save price, they can undercut all the other legitimate sellers and be the majority provider of the product to consumers, stealing all business and causing a flood of poor reviews, permanently ruining the product listing even if the seller in question is eventually removed.

Though Amazon has 8.8 million sellers, currently, only 2.3 million of them are active. As manually approving every single item for over 2 million sellers is impossible, Amazon grants incredible freedom to the seller, allowing them to freely list items and alter existing products.

Like social media giants such as Facebook and Twitter, Amazon has turned over the reins of power to the public, creating, in their words, an “infinite shelf of infinite products.” On a solely online platform, shelf space is unlimited. What they forgot to mention, however, is with infinite products comes infinite problems.

In addition to inaccurate seller photos and descriptions, product listings with good reviews that are no longer active are ripe targets of fraud. It’s difficult to start selling a product when there are no reviews, so why not take a head start using a listing that has been discontinued?

“When a product is discontinued, the listing just sits there, ready to be hijacked, and in the sea of goods, abuse is rarely noticed — even when it concerns Amazon’s own brands.” — Rachel Johnson Greer to The Verge.

Sellers can change listing photos, descriptions or even add completely separate products as “variations” — this is why you can see baby toys sold under the same listing as socket wrenches. By opening products to be edited freely by any of the sellers of an item while simultaneously granting them the “Amazon stamp of approval,” the website is clearly misleading.

And there really is zero legal accountability.

“Amazon’s legal defense in safety disputes over third-party sales is that it is not the seller and so can’t be responsible under state statutes that let consumers sue retailers. Amazon also says that, as a provider of an online forum, it is protected by the law — Section 230 of the Communications Decency Act of 1996 — that shields internet platforms from liability for what others post there.” — WSJ.

When a counterfeit hoverboard burned down a family home in 2016, the court ruled that Amazon was not liable for any damages. After all, why should companies be liable for information posted on their website?

There are a few ways consumers can decrease the chances of falling victim to purchasing knock-offs. One way is by using an application such as FakeSpot, which analyzes Amazon reviews and seller data. Though it does not solve the issue of commingled inventory, it may detect paid reviews and listing hijacking. Another way is to purchase items critical to personal safety, such as bike helmets and child seats, from traditional brick-and-mortar retailers who are far less likely to stock counterfeits.

As Amazon turns into an overpriced AliExpress, its corruption reflects the rotten nature of tech companies’ loose moderation of their own platforms. “Fake News” and misinformation on social media are damaging enough. When it is brought into the real world, every single counterfeit product and misleading listing represents real-life cases of fraud and loss. Buyers trust Amazon to provide accurate reviews and product listings for their safety and health products. When there is no accountability, injury and, on occasion, loss of life can occur.

We need to hold tech companies as a whole liable for the fraud they permit on their platforms— starting with Amazon.