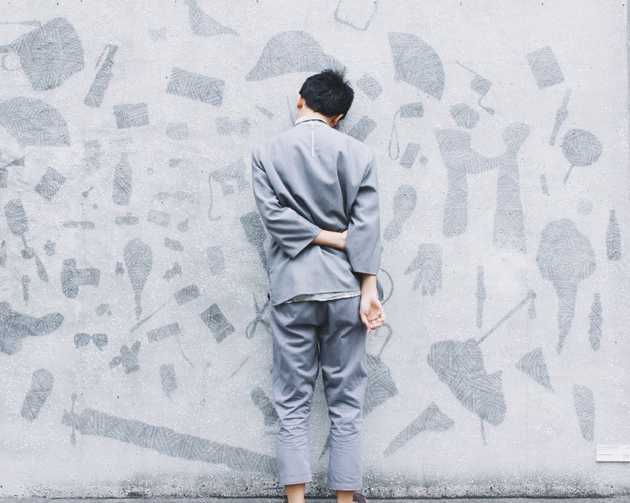 Perhaps you stumbled across this article on social media or read it on one college forum or another. However, if you were sent this link directly as an intervention, the following sentence is for you:

You are infatuated with prestigious colleges to a self-destructive degree.

I could spew out the usual emotional palliatives: “life goes on,” “college is one step on your path,” “admissions is a toss-up anyway.” However, I know these statements do not work for you. Whether you are deep into the admissions process and stressing out about being admitted to a T20, or you were just rejected from your dream school — I understand how you feel.

Bitter. Furious. Four years or more of your life spent wasting away on SAT Prep, summer research programs, and writing a suite of suck-up essays where you figuratively licked the boot of every university in question. You skipped birthday parties to take Math II, stacked on too many AP classes — most of which you abhorred. Long nights of no sleep, separation from your friends, weeks, months perhaps of stress and anxiety.

“If I didn’t get into Harvard, this is all for naught!”

Sunk-Cost Fallacy: Individuals commit the sunk cost fallacy when they continue a behavior or endeavor as a result of previously invested resources, whether it be time, money or effort (Arkes & Blumer, 1985).

Chicken soup for the soul is not going to make you feel better. Only success will. You have all your peers to prove wrong, who had fun and partied when you were studying. Parents who spent $50,000 on an admissions counselor of dubious quality expect you to earn that money back many-fold. All your friends tell you to “follow your passion,” but you don’t know what your passion is. You don’t even know who your friends are.

In a rush to get ahead, you have lost where you are and are now furiously sprinting — too scared to slow down. Do you know what you want your life to be about? Or have you only blindly followed the rumors and expectations others have set for you?

Do you genuinely believe all Ivy League students founded a Fortune 500 Company or won a Nobel Peace Prize to be admitted?

That 43% of white Harvard admittees being recruited athletes, friends and family of staff, and legacy is only a passing coincidence? Their admitted students may not be the sharpest knife in the drawer either.

Is it possible that what matters is the problem-solving, reasoning, and leadership skills you acquired throughout high school and beyond? That there are only three Ivy Leagues in the Top Ten National Research Universities?

Most of what I just said likely went in one ear and out the other. Part of it is stubbornness mixed with fear. A desperate attempt to hold on to an identity largely based on a strange sort of gamesmanship, trying to “one-up” peers in every category of endless competition.

A pointless life-long marathon against unseen ghosts behind you and the platonic ideal of the perfect child, student, spouse, human forever in front.

Do you think that it will ever end?

That even if you get one win here, your goalposts will not move to idol-worship of Meta or McKinsey or M-something or another?

Perhaps you think I’m wrong. That yes, only the most money and greatest amount of prestige and a perfect business card with subtle off-white coloring will bring you life’s ultimate fulfillment.

That’s okay. I’m not here to judge you.

Change occurs gradually, and while the old, toxic parts are washed away, there is space for the new. Were you forced to play a sport, an instrument, do something you hated to the core? Perhaps you can begin piano again and realize that music has beauty once the pressure to be perfect is gone, as I did. Competition is a disease, one that rots from the inside out.

Abandon the veneer of perfection defined by society, and come clean.

We can now understand what the issues with “clout-chasing” college admissions forums and counselor websites are. They believe in victory at any cost; a quote they use is “It is better to cry in a Maserati than laugh in a Toyota” — that means if they are unhappy in life, at least they are unhappy Ivy League graduates. What a toxic, myopic, ludicrous perspective. The writers are either manipulating the concerns of first-generation students and immigrant parents to empty their wallets — or they really do believe their own spiel. I see parents living vicariously through their children, pushing their sons and daughters to be admitted by the very colleges that rejected them, without any consideration for whether their children want to be there in the first place. Is it no wonder that self-deprecation, depression, and stress are so commonplace?

“Comparison is the thief of joy.”

Higher education is a tool, not a medal. If you truly wish to be admitted to an Ivy League, you must view it as such. An applicant under the delusion that an Ivy League acceptance is the peak of their entire life is not a desirable student to take in. There is a reason Olympic athletes and seven-figure startup founders are accepted into Harvard, but it is not because they did what they did to get into college. To pursue an interest to that extent suggests that they do not necessarily care about college at all — with or without an Ivy League acceptance, they intend to succeed. Now that catches an admission officer’s attention.

Isn’t that the ultimate tragedy of the Ivy League wannabe? By seeking so desperately a loophole into what they believe is the only way to succeed in life, they decrease their chances of being admitted. In changing every aspect of their personality and interests to match the stereotypical “Ivy League student,” they have stripped away the unique and left behind a stiff, cardboard image in its stead.

Why would any university want an aimless fanboy whose wildest dream is attending an undergraduate university based on the single criteria of its place on the US World and News ranking?

A final bit of irony, the definition of clout-chaser:

“Clout chasers, or those that do things just to project a hipper persona on social media, are greatly disliked, deemed superficial and fake.” — dictionary.com

What better word to describe the students who give up all in a vain attempt to appear ostensibly successful?