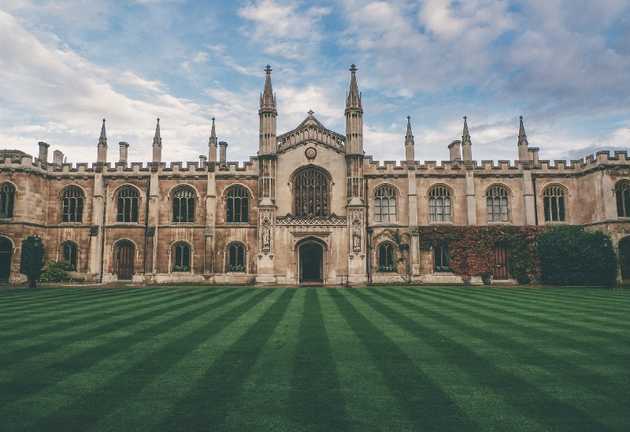 One of the first questions I am asked by some students beginning the college application process: “What extracurriculars will guarantee my admission into Harvard?”

Oddly enough, when I say “Olympic Athlete,” “Founding a Fortune 500 Company,” and “Writing a New York Times Best-Selling Novel,” they believe I am speaking in jest. I’m not — they wanted a guaranteed ticket, and, especially given the variance of the college admissions process, I wouldn’t guarantee anything less.

But there has to be a magic formula, right? After all, there are all those normal students attending top colleges — they must have discovered a secret pathway, an extracurricular loophole into manipulating Ivy Leagues to accept them. If you are willing to believe less-than-credible internet forums and dodgy websites, there are a plethora. One that is quite prevalent: the “Spike.”

“Spike” is simple; colleges want the next Bill Gates to attend their campus instead of their competitors’. Therefore, audacious “game-changers” will be recruited over their peers. Instead of focusing on delivering a complete, well-rounded profile, students should select an idea that can “change the world” and put all their time and energy into this idea. In fact, applicants should have already changed the world by the time they apply to college. After all, what better way to indicate future success than past success? Before, you applied to Ivy Leagues to cure cancer. Now, you cure cancer to apply to an Ivy League. Instead of building a growth mentality, they say, seek short-term successes to impersonate an outstanding polymath. Forget well-rounded; forget sports, forget grades, forget standardized tests! Bill Gates doesn’t care about his SAT score — why should you?

My disdain for “Spike” is clear; it creates a toxic culture where students are expected to prove themselves first, even to be allowed to prove themselves, and beyond that represents frankly a risky and unhealthy mentality. “Spike” aggravates the stress and pressure placed on high school students, who are now ingrained with the belief that they are failures before they have even learned how to try. The university you go to is not a medal; higher education shouldn’t be reduced to a mere status symbol granted to the students who have achieved mediocre notoriety in secondary school.

I have never heard of an admissions officer mentioning the word “Spike,” nor has it come up in any conference, meeting, or university guidelines. As quoted by so-called “experts” on the internet, however, the definition of “Spike”: to be admitted to a top university, one must demonstrate significant accomplishment in a single subject or area which they intend to pursue as a career.

What counts as a “significant accomplishment” in a field? Only a tiny fraction of high schoolers conduct groundbreaking scientific work — even graduate and PhD-level researchers fight tooth-and-nail for every last lab position and co-author name. Forgetting even that, the whole concept of creating “world-changing projects” for the sake of college admissions is dishonest by itself. Presented with an impossible goal (accomplishing PhD-level scientific discoveries or building a 7-figure startup as a high-schooler), is it no wonder that students choose to cheat and lie in the vain hope of achieving what they believe is the only way to be admitted into a top university?

Perhaps that is why the whole concept of an “extracurricular” is broken in modern-day college applications. Instead of concise, well-polished descriptions of clubs and sports such as:

Sure, the second example sounds like a “Spike.” A “game-changer.” A “success-maker.” A “person-prover.” Whatever business gibberish is invented to spoon-feed students the insane idea that college admissions officers enjoy reading ostentatious drivel written by an egotistic high schooler.

Either college admissions counselors created this ludicrous concept in order to fleece money from worried parents and scared students, or they have abandoned the concept of authenticity in its entirety and put the cart before the horse.

At the core of any falsehood lies a speck of truth. For “Spike,” the essence lies in two concepts: being passionate and dedicated to what you love and sounding interesting while you do so. Applicants who care about their major and career appear likable and enthusiastic. Knowing what direction you intend your life to go allows you to take the reins into your own hands and supports a deep dive into the subject(s) you intend to pursue. With greater knowledge, applicants find it easier to sound interesting. At the end of the day, that plays an important part in convincing an admission officer to accept you when they rejected three other students with a similar profile. Personality should shine through, authentic belief in the learning process and not a fixation on only the results.

It’s why students end up asking “should I include activities not related to my major?” — they believe only by demonstrating single-minded infatuation regarding their field of choice can they be admitted, removing any opportunity for personal differentiation at the same time, utterly dooming their application to an imitation of the prototypical.

“But what about this random guy on the internet who all he did was work on this one thing and all the colleges loved him because he changed the world!”

If you have genuinely done groundbreaking work in high school, the college you attend should not matter. Higher education is a tool, a pathway to success — not a destination. That is to say, Olympic athletes and Forbes 30 under 30 are able to attend wherever they want, but they didn’t achieve those heights because they really wanted to attend a higher-ranked U.S. News undergrad university.

The truth is, changing the world or achieving accolades professionals spend decades working towards as a teenager is even harder than it sounds, and admissions officers hate arrogance and braggadocio with a burning passion. Audacious claims of solving world issues of which governments pay think tanks and aid organizations billions per year to alleviate tend not to sit well. Contrived high-school nonprofits blown up to ridiculous proportions are an insult to actual NPOs and students who have made real contributions to their communities.

If your entire application revolves around a single item, you’re in essence depending on it as the sole argument for admission. It’s incredibly risky — what if it doesn’t work out and you have nothing at the end? Plenty of brilliant ideas with years of planning are derailed because of events completely out of anyone’s control — say, a global pandemic. If your “Spike” is a competition-related activity, you better win first place, because the AO has no reason not to select the student who placed one spot higher (and who potentially has other interests and activities in comparison to your single one) instead.

“….the reason OP’s post makes me slightly angry is because the idea of aiming for excellence in order to get into HYPS+ is like reorienting your entire life around buying as many lottery tickets as possible. Sure, it will work out for some people through random chance, but that doesn’t make it a good life decision!”
— Current Assistant Director of Admissions at MIT.

Having a passion project and pursuing it at an advanced level is one thing, but to argue that everyone needs to have one, needs to magically discover the one thing they will devote their life to in their high school tenure, needs to achieve significant recognition in that specific field during those four years, just to be considered a “successful student” and admitted to a good university?

That’s the tragedy of “Spike,” an idea rooted in logic and common sense (a central identity helps to sell your personal brand), but has been corrupted to be its antithesis — single-minded deterministic thinking that the only way to differentiate yourself is achieving the maximum awards or accolades in exactly the field you intend to pursue while simultaneously devaluing the hobbies and activities which truly set your application apart. If it is disingenuous, do you believe admissions officers cannot see right through it? That this type of thinking does not invariably lead to cutthroat competition, involution, and fictitious, exaggerated applications?

There’s more to life than an Ivy League; no need to lie and cheat to get in.

I’m sure that will work better.

Part 2: The College Application “Spike” Is Dumb. Now What?